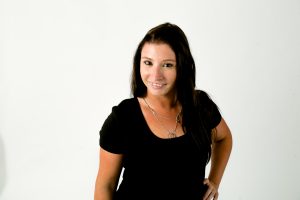 Nikya has been dancing with Elite Dance since it’s foundation as Lamott School of Dance in 1994. She has studied in ballet, tap, jazz, contemporary, hip hop and modern. Nikya has worked through the R.A.D. syllabus up to the Advanced 1 Ballet exam. She has been a member of Central Dance Company for numerous seasons and has taken classes overseas in the United States.

Nikya began student teaching in 2009 and took on a teacher roll in 2010. We are very excited to have her teaching and dancing with us. She is currently undertaking a Certificate in Dance Teaching and Management, which she hopes to complete in 2018.

Nikya is also a fully qualified and talented makeup artist, which she studied with The Makeup Technicians, gaining a distinction in the Certificate III and a graduating top of her class with distinction in the Diploma. This additional career path leads her into other facets of the theatrical world and she has worked on many stage productions and music videos for artists including Brian McFadden. Nikya was one of the makeup artists on the feature film The Love of my Life released in 2014 and has also utilised her impressive SFX makeup skills while working on the feature film The Undead.