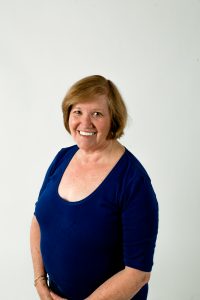 Lorraine first starting dancing at age 8 with Margaret Walker at Eastwood and continued on when she moved to the Central Coast. Her early dancing was with SATD ballet, tap, jazz and modern. After obtaining her teachers certificate in S.A.T.D. at age 16, Lorraine decided to further her teaching career with R.A.D. Ballet and in order to achieve this goal she attended Lorraine Norton Academy of Dance in Sydney as a full time ballet student for three years. On completing all R.A.D. major exams Lorraine danced with Sydney City Ballet Company for one season, before starting a teaching career with Lorraine Norton Academy of Dance.

In 1972 Lorraine opened her own dance school in Tamworth until relocating back to the Central Coast 1975. After getting married and having a family she decided to return to dancing again and began teaching with Chris Duncan (McGrath) and Patti Gleeson – 2 long established schools on the Central Coast. After meeting up with Francesca Lamott in 1994 they decided to work together and Lorraine began teaching with Francesca at Lamott School of Dance. Lorraine was responsible for all R.A.D. graded and major examination ballet students and throughout her time with Lamott School of Dance and in 2006 when Francesca decided to persue other interests Lorraine took over Lamott School of Dance, re-naming it Elite Dance. Since stepping down from Principal in 2010, Lorraine has remained with Elite Dance and is responsible for all graded R.A.D. ballet students. She has also been accepted by the R.A.D. as a mentor to student teachers and members of the Certificate of Ballet Teaching Studies course.