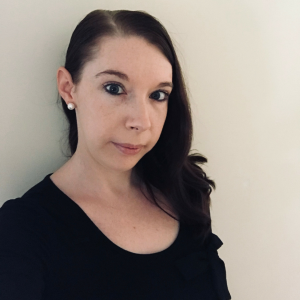 Alisa began dancing at age 3 with Patti Gleeson at Robyn E. Dixon School of Dance. She studied R.A.D. ballet, jazz, modern and contemporary with Patti Gleeson at Central Ballet School and Enstyle as well as at Lamott School of Dance. Throughout her training, Alisa has completed her R.A.D exams and the Certificate of Ballet Teaching Studies with the Royal Academy of Dance, Alisa  graduated in September 2012 with Registered Teacher status.

Alisa has  been a member of and has performed with Central Dance Company, both here on the Central Coast and on tour in Japan. She has been involved with the company for over ten years and was invited back as a guest artist by choreographer Aleeta Northy in 2011. She encourages her senior ballet students to take up this exciting opportunity and works with them to ensure the audition and rehearsal process is enjoyable. Alisa also performed in the Bastille day celebrations held at Kantara House. Alisa has studied with Michael Montgomery and Sharon Constable and taken classes with the Australian Ballet with Colin Peasly at the Sydney Opera House.

Alisa began student teaching at age 16 while dancing with Lamotts School of Performing Arts. She took on a higher teaching role with the founding of Elite Dance in 2006, becoming the main teacher for many of the major ballet grades, along with the jazz and contemporary classes. In 2010 Alisa took up the role of Principal and is currently responsible for all major ballet grades. She is also currently studying a Bachelor of Arts and a Bachelor of Business through the University of New England, which along with her dance teaching qualifications, will benefit the students of Elite Dance.

In 2011 Alisa purchased a second premesis for Elite Dance to operate from and brand new classes commenced in this second studio in February 2012. This additional studio allows Elite Dance to maintain strict class sizes, and gives students the opportunity flourish into well rounded dancers. 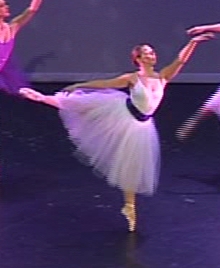